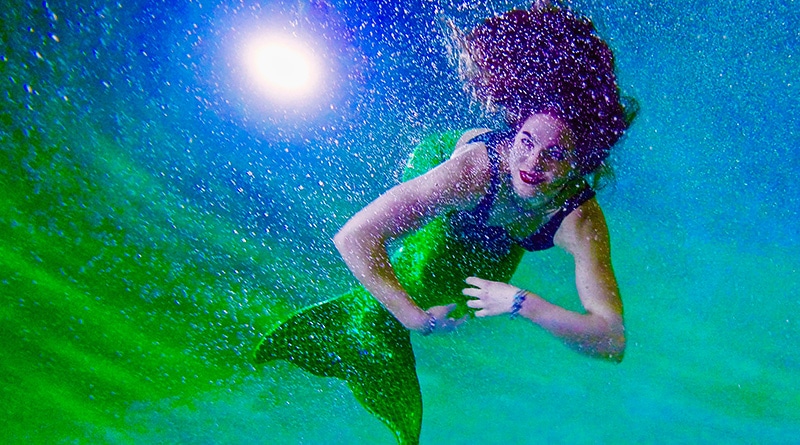 Animated sea movies captivate kids’ attention and immerse them into a fascinating world involving the ocean. The exciting stories and are great fun to watch and bring marine life to the screen in a unique way. The humorous characters often become family favorites, while the amazing music with fun sing-a-longs creates memories for young and old. If you are looking for the best-animated ocean movies of all time, here is our top list to start with!

The lovely characters, catchy music and heartwarming story made the ocean-themed animated movie, Moana (also known as Vaiana) a tribute to Polynesian culture, and one of the biggest Disney successes of the recent years.

A spirited teenager is in the center of the story. Moana, the daughter of the chef sails out to sea on a daring mission to find the demigod, Maui who stole the heart of goddess Te Fitti. Her goal is to save her people. Moana’s parents and family are left behind only to wonder about the young girl’s safety and well-being while she bravely sets out on an exciting voyage.

Moana
Check the price on Amazon

Moana’s action-packed trip is met with obstacles that she needs to overcome. Her meaningful journey is filled with laughs, challenges and uplifting songs. Her pet chicken named Heihei is along for the ride and serves up lots of laughs along the way. Moana never gives up and tunes into her ancestor’s strength as she navigates the seas and discovers her true self.

Tip: Never too early to teach the kids about sea life! Get cool educational ocean toys and marine life puzzles for them!

The Little Mermaid is probably of the most popular Disney sea movies and a must to watch for all young girl and boy! Follow Ariel, the beautiful red-haired mermaid on her journey of exploring the life on land. King Triton forbids her daughter from visiting the surface so Ariel rebels against his demands.

She rises to the surface and falls in love with Prince Eric. To be with her handsome Prince, the Little Mermaid makes a mysterious deal with Ursula, the scary sea witch. Watch this exciting movie to find out what happens between Ariel and Prince Eric that causes King Triton to make a serious sacrifice for his lovely daughter.

The Little Mermaid
Check the price on Amazon

If you like the story (I’m sure all kids will do!), make sure to get The Little Mermaid II – Return to the Sea  too. In this sequel, you can learn the adventure of Melody, Ariel’s and Eric’s daughter.

Finding Nemo is one of the most knowns animated sea movies that finds a little clownfish named Nemo trying to prove himself to his father. He has a shortfin on one side which concerns his father Marlin. However, the little clownfish just wants to be like all of his friends and swim around freely. Sadly, Marlin prevents Nemo from being his best because he’s worried that his son can’t swim as fast as the others.

One day Nemo tries to prove to his dad that he’s just as strong as the others, so he swims to the surface and gets captured by a diver. Along the way, he tries to escape and attempts to find his way back home with the help of his new friend Dory, who has a memory problem. Watch this lovely ocean-themed story and follow these two cute fish on their journey!

Tip: Do you want to observe anemonefish in real life too? We tell you the best places to see clownfish while snorkeling!

Dory, the amnesic Blue Tang fish is living on the reef with his new friends after she helped Nemo to get home. Despite she loses her memory every few seconds, somehow remembers one important thing: she was separate from her parents, Jenny and Charlie as a child and sets up the goal of finding them again.

The search becomes an epic adventure for the fish as they navigate through the ocean and the Marine Life Institute in an attempt to reunite Dory with her parents. In a surprising twist, Dory finds herself trying to rescue Jenny and Charlie from the aquarium. To learn how this exciting and adventurous rescue mission goes, watch Finding Dory!

Are your kids are fascinated by sea turtles? Then they will love the Turtle’s Tale animated sea movies! In 1959, Sammy the sea turtle hatches and spends 50 years exploring the oceans of the world. During his journey, his life is impacted by global warming and forces the sweet sea turtle to go down paths he never imagined.

A Turtle's Tale
Check the price on Amazon

Along the way, he reunites with his childhood friend, Shelly. However, he has competition because Shelly has other turtles that are interested in her as well. Find out what happens to Sammy and Shelly in this beautiful and exciting animated sea movie.

Sammy also continues his adventures in the Turtle’s Tale 2: Sammy’s Escape from Paradise  where he is forced to escape an aquarium in Dubai with his buddy Ray and Big D, the seahorse.

A touching animated ocean movie about true friendship. The beautiful goldfish princess goes on a forbidden excursion to the surface to explore the world. She becomes friends with a human boy, Sosuke who names her Ponyo. As they spend time together, Ponyo becomes humanlike.

Suddenly, Ponyo’s father brings her back to the ocean where she belongs but she still wishes to live on the surface. Her passion is so strong that she breaks free from the ocean kingdom she grew up in and during the process spills a magical potion that endangers Sosuke’s village.

Song of the Sea

The Song of the Sea is a delightful story based on Irish myths. A young boy, Ben listens closely to his mother who tells him fascinating stories about the sea. After the sudden disappears of the mother, he realizes that his mute sister, Saoirse, is a selkie who can change from seal to human. Her mission is to find her voice and save sea creatures from a terrible spell that was placed by a Celtic goddess.

Ben keeps an eye on his sister as she goes through interesting experiences. He does his best to help her along the way but ultimately, it’s Saoirse who needs to find her true self and the strength to rescue those who are in need.

"Disclosure: This article may contain affiliate links. If you decide to make a purchase, I'll make a small commission at no extra cost to you."