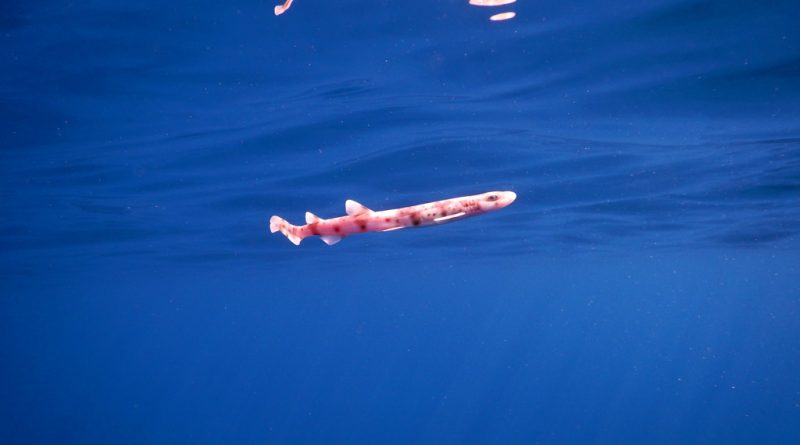 Rumor has it that you can see sharks in the Mediterranean Sea. Well, it is true because they play an important role in marine ecosystems but no need to start worrying! We tell you where and how we went snorkeling in Malta with sharks and introduce you the Sharklab conservation project!

Are there sharks in Malta?

From time to time, sensational news spread that sharks were spotted in the coastal waters of Malta but these stories are rarely true. There are approx. 47 different shark species in the Mediterranean Sea including Angel, Sand Tiger, Mako, Cat, Blacktip, Dusky, Spinner, Sandbar, Hammerhead, Blue as well as Great White Shark. Swimmers, snorkelers or divers most likely never will encounter any of them. Shark attacks in the Mediterranean Sea are extremely rare.

In Malta, since 1900 only 5 incidents were registered which is one of the lowest number in Europe! But there is a way to see sharks in Malta in their natural environment, in the sea and not only in the aquarium! The Sharklab Malta NGO regularly organize Shark Release ‘snorkeling in Malta with sharks’ events where you can learn everything about the species and even swim with them!

Tip: when visiting the Maltese Islands, you can spot octopus, moray eels, cuttlefish and also rays in the Mediterranean Sea! Learn where from our best beaches for snorkeling in Malta post!

The Sharklab Malta is a registered non-profit organization focusing on research and education founded by Greg Nowell. This small teams takes big efforts to raise greater awareness in order to protect Malta sharks and rays. Due to overfishing, shark species are on a downward spiral and if there won’t be a change soon, many of them will extinct. For example, the number of blue sharks dropped by 90% in the last 10 years which is a truly shocking fact. Without sharks in our waters, the whole fragile marine ecosystem will collapse. The dedicated Sharklab Malta Team is committed to make a difference. They collaborate with Malta National Aquarium and organize educational snorkeling and dive tours as well as actively participate is data collection by regularly visiting local fish markets.

Their most successful program is called the Shark Release. The project supports marine conservation by collecting and hatching shark egg cases. As the result of the Shark Release, Sharklab Malta is proud to release hundreds of baby Spotted Cat sharks back to the sea every year to help the Malta sharks population grow.

The Shark Release is a long and complex process that starts with collecting the egg cases, continues with constant monitoring until they hatch, than finally ends with a full day event where visitors can learn about the importance of the species and at the end join to the release! This ‘snorkeling in Malta with sharks’ experience is an entertaining conservation program that the whole family will enjoy!

The Shark Release process: collect, bring up and release

The Shark egg cases are elongated capsules with tendrils at the top the bottom of the main capsule. Sadly, many sharks are caught before they have has the opportunity to lay eggs. Therefore, the Sharklab Malta team is visiting local fish markets regularly to collect eggs from landed sharks.

They place the collected eggs into the aquarium until they develop and hatch. When the baby sharks are big enough, they release them where they belong, back in the sea. The Spotted Catshark babies are transported to a safe, wave and wind protected bay from the aquarium in big plastic containers and are released back to the sea in smaller groups by snorkelers and divers.

If you also would like to join this unique event, check out the Sharklab activity calendar; the Shark Release is hold 2-3 times a year (depending on the number of the egg cases and hatched sharks) and open for the public. Visitors are welcome to join as an observer, and even swim around while the release happens. Important is that do not touch the small sharks! Once they are released, they need a little time to get used to being in the sea, therefore they do not swim away immediately and stay close to the surface for a while. Keep a safe distance from them and observe these wonderful cute creatures!

Snorkeling in Malta – Complete guide to the best spots

Snorkeling in Gozo – Best 5 places you should visit