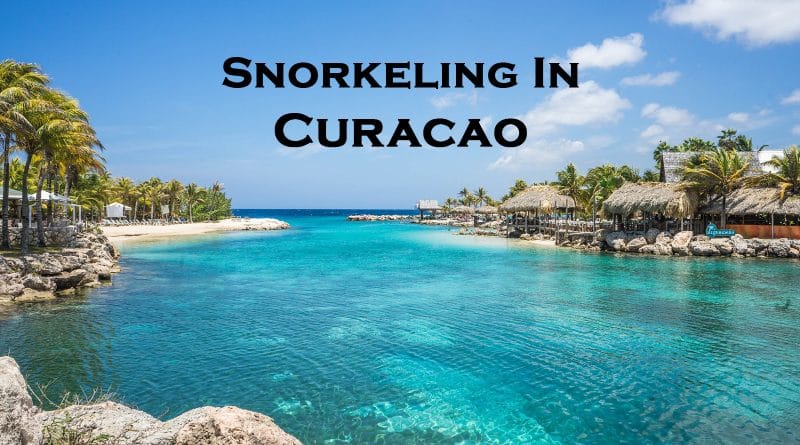 Curacao is the biggest of the three ABC Islands in the Dutch-owned part of the Caribbean Sea. The appealing features of this beautiful tropical paradise are its 500 year-long historic back story, the colorful capital of Willemstad, stunning beaches, the incredible nature and vibrant sub-marine world. People who love to dive and snorkel come to the island in search of its smaller beaches that are often secluded and nestled between limestone cliffs. Much of the sea here is part of a protected Caribbean national park that includes such exotic animals as sea turtles and tropical fish of many varieties. If you wish to explore the island’s undersea beauty (that we highly recommend doing), this Curacao snorkeling guide tells you the 10 best places to go!

Curacao lies in an area where trade winds blow year-round, but since their direction is pretty constant, it is clear which side of the island is good for snorkeling and which not.

The north- and southwest shore is wind-protected with calm water and easy water access, this is where the best Curacao snorkeling beaches can be found. The eastern windward coast is rocky and the sea is often rough, which means there is no snorkel spot here.

Regarding the air and water temperatures, there is no bad time to visit the island. The sea is never colder than 79F/26C, therefore snorkeling in Curacao is pleasant any time of the year. You don’t need to wear a wetsuit, but don’t forget that the UV radiation is very high so pack sun protective clothing.

Tip: The ABC islands have a dry climate, but there is a short rainy season between October and December. This is the period when the wind is the lowest. If you arrive in these months, make sure to pack mosquito repellents that really work since bloodsuckers get aggressive at that time of the year.

Lagun is not only a charming fishing village found along Curacao’s West coast, but also one of the Curacao snorkeling places. This place is easily accessible by either a public bus or with a rental car. The beach itself is actually a narrow cove that is encircled by rocky cliffs.

To the left and right sides of the bay, you can see the most fish and sub aquatic marine life, including wrasse, snappers, butterflyfish, parrotfish, and even green moray eels. If you are lucky, you also might see huge schools of silver juvenile fish taking shelter in the cove. Trevallies and Bar jacks pursue the fish schools.

On top of these, locals and tour guides alike consider this beach to be the best place for snorkeling with sea turtles in Curacao. The mornings are the best times to spot them when they are generally hiding along the sea beds in the center of the cove.

Grote Knip is a beach lying along Curacao’s north-western end. If you are looking for a safe family-friendly Curacao snorkeling spot, you shouldn’t miss out on this extremely lovely site. The beach itself is nestled in a protected cove that is sheltered from rocky cliffs.

The best to snorkel along the sidewalls of the cliffs (it is very nice on the left side of the beach) where you can observe colorful fish species and if you are lucky, you might spot small sharks too.

After you finish your outing with the aquatic marine life, a little snack shop awaits you (serving hamburgers and French fries) fronting the beach. Beach chairs are also available to rent.

For an unspoiled more rural beach along the west side of Curacao, Kleine Knip is a top choice for snorkeling in Curacao. It offers the same great views and turquoise water as its big brother, but with fewer people around.

When you swim to the bay’s left side, a few massive boulders present themselves, complete with interesting underwater life to view. You can expect to take in the Elkhorn Coral along with many colorful Caribbean fish.

Rounding the bay’s point you will come upon additional soft and hard coral, one of a kind sponges, and of course fish. Numerous schools of sweepers range near the boulders. There are also angelfish, barracudas, blenny, blue-green chromis, damselfish, and cowfish to enjoy. It is also possible to see some sea turtles in Kleine Knip.

Playa Forti is also known as Sweet Alice. Found in Westpunt, this diving location makes for a great snorkel spot as well. The stony beach lies nestled in between the Westpunt high cliffs.

Under the water, you will encounter stunning sponges and corals like elephant ear sponges and tube sponges. In our opinion, Playa Forti offers the best off-beach snorkeling in Curacao thanks to its gently sloping rocky bottom.

Kokomo Beach is found at Vaersen Bay and boasts many different facilities to make your beach day comfortable. You can visit the large restaurant, massage tent, and even a dive shop.

The beach also provides numerous chaise lounge chairs for your convenience. There is a dock complete with stair ladders which helps you to drop simply and quickly into the water with your snorkeling gear.

This popular yet still cozy beach is a beautiful place to go snorkeling in Curacao. You will certainly love the coral found underwater here, along with its inhabitants that include parrotfish in particular and many tropical types of fish species in general.

Tip: read an interesting article why parrotfish are so important in the ocean!

With its stunning white powdery sand and shady manchineel trees fronting the turquoise-hued sea, Playa Porto Marie in the northwest corner of Curacao proves to be among the most popular with locals and tourists alike on the island.

It is not only a perfect spot to chill out, but also one of the best beaches in Curacao for snorkeling. The nicest area to snorkel is around the reef ball clusters that the government placed years ago (in 2001 and 2002) in the bay and near the cliffs that serve as an artificial reef and attract marine life.

You can expect to see trunkfish, sergeant major, grunt, and even reef squid here as they are quite common.

In an area of the island called Caracas Bay you will find Tugboat Beach that has the distinction of being the most popular Curacao snorkeling spot.

The downside here is that the beach is not set in a beautiful backdrop due to the industrial area adjacent to it, but it is still a must-to-see thanks to the rich marine life and shipwreck found here.

This sheltered bay is covered with sponges, coral, and sea fans that are populated by many bright reef fish. These include banded butterflyfish, parrotfish, grunt, and countless others.

You can approach the wreck here that gives the beach its name by starting from the southern end of the beach and heading out into the water. The wreck lies near platform 5.

Tip: Do you find wrecks fascinating? Then you should visit the neighboring island, Aruba too! See our post that lists the shipwrecks in Aruba you can snorkel!

Director’s Bay is a historical institution on the island of Curacao in between Small Wall and the notorious Tugboat wreck. Snorkelers, divers, and beachcombers alike love the site.

Once a private haunt of the Dutch Royal family and Royal Dutch Shell Group directors this beautiful bay is available to everyone in the public nowadays.

An old rotting surge protection device or fence beneath the bay is the base for a variety of stunningly beautiful sponges and corals. You can enjoy unique sea life here like sea horses, eels, frogfish, flounders, and others.

A novel creature living here is the tropically colored sea snail known as the flamingo tongue. There is even a big octopus that counts the underwater ruin as his domicile.

You shouldn’t miss out visiting Klein Curacao, this special little island lying six miles (around 10 km) to the primary island’s southeast. The boat trip is well worth the effort and remains among the most subscribed day trips on Curacao.

While the seabed is less than inspiring here (with duller sandy beds and some seagrass), this is the finest spot possibly in all of Curacao to see the many green sea turtles that call the waters surrounding Klein Curacao home.

You also have the potential to see several tropical fish swimming in these waters such as the sergeant major, bluehead wrasse and juvenile blue tang.

Santa Martha Baai (or Bay) boasts an amazing view of the island and is unique for its lack of tourists here. The bay lies close to Soto Village. The underwater visibility here is excellent especially to the left, thanks to the wave and wind action that goes from left towards the right.

You are likely to see parrotfish and trunkfish here. The bay is an ideal Curacao snorkeling spot for all experience levels thanks to the relatively shallow and calm water that is free of obstructions (like giant boulders).

Snorkeling in Barbados – When to visit & Best spots to go

Cuba best snorkeling places – 10 spots not to miss out