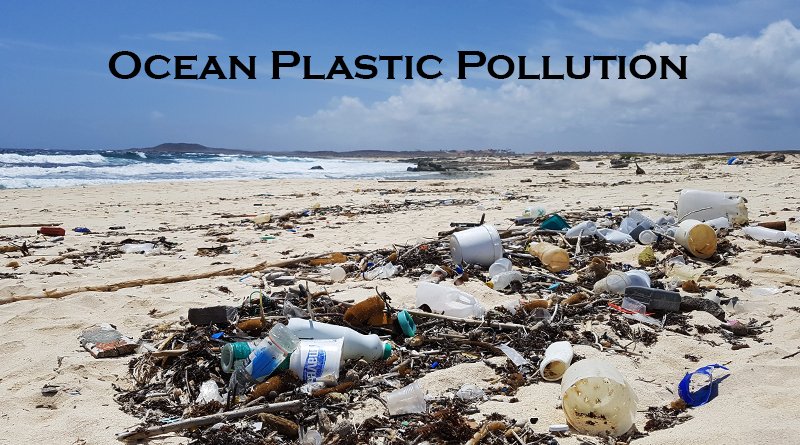 The ocean plastic pollution is a bigger threat than ever before and affects all of us. Water covers more than 70% of the Earth’s surface and is home to billions of plants and animals. The clean water is essential for life, not only for us but also for sea species. But this environment faces serious problems: tons of garbage are floating in our waters causing irreversible damage on marine ecosystems as well as on humans’ life.

Modern lifestyle pollutes waters in many different ways. Marine debris, defined by the NOAA – National Oceanic and Atmospheric Administration includes any persistent solid material that directly or indirectly, intentionally or unintentionally gets into the ocean. All kind of debris are found in marine environments, but the biggest threat is definitely the ocean plastic pollution.

Why is plastic pollution a problem?

When plastic was invented, it meant to be a useful material to revolutionize many industries and our everyday life. Long-term use plastic is still a must-have material, just think about durables. The main problem is single-use plastic. Have you ever checked how many bags, containers, wrapping foils do take you home when you go shopping? Have you ever wondered that take-away cups, plastic bottles you use only for a couple of minutes? 50 % of the plastic we use just once.

There are some easy ways to reduce plastic in your home, but still, an average American throws away more than 185 pounds (84 kg) of plastic a year. We use more than 500 billion plastic bags every year. There are more than 35 billion plastic bottles thrown away only in the United States per year.

Despite modern countries recycling efforts, the plastic recycle rate is still very low, around 9% while around 70% of the garbage goes into landfill or ends up in our oceans. It takes 500-1000 years for plastic to degrade. This means, that all the plastic that was ever made still exists.

Plastic pollution in the ocean facts

Although some countries and companies around the world work hard to reduce the plastic and started to introduce plastic-ban like IKEA and Iceland, but if you look at these ocean plastic pollution facts you will also understand that the problem is more than real and urges instant actions.

10 shocking facts about plastic in the ocean

The ocean gyres are systems of rotating ocean currents caused by the Coriolis Effect that shift with wind, currents, and waves. Marine debris is concentrating in these gyres creating huge garbage patches. These patches are huge areas where garbage are floating on the sea surface and in deeper layers of water.

As it breaks into tinier pieces by sun and salt water, most of the parts are invisible for the eye, therefore the extension of these garbage patches are hardly definable and makes ocean plastic pollution almost immeasurable.

50 % of the ocean garbage is floating and drifting for years before concentrating in the patches. Because of currents, the accumulated trash often reach coastal waters too rolling out huge amounts of rubbish to the beaches.

The first discovered and most known is The Great Pacific Garbage Patch which can be found in the central of the North Pacific Ocean, between California and Japan. This massive garbage patch was first reported in 1998.

There are 6 times more plastic parts in the Great Pacific Garbage Patch than plankton. The patch is approx. 9ft (2.7 m) deep, has a size twice as big as Texas and weighs approx. 7 million tons. It has a high concentration of pelagic plastics and chemical sludge.

Plastic kills marine animals when fish and turtles get caught by floating marine litter or seabirds drown from bags just to mention a few shocking examples. Besides these direct effects, ingested plastic is also fatal. Bigger parts kill sea creatures by destroying their digestive system, micro parts cause disorders and affecting their reproduction.

Moreover, plastic is destroying coral reefs too. Coral polyps feed on planktons that they filter from the water but like this, they cannot avoid ingesting microplastic that can harm these sensitive ecosystems. Larger pieces getting stuck on and between corals provide microbes and bacteria that can make corals to die.

Tip: did you know that sun care products that are advertised ‘coral reef safe’ but contain nanoparticles can kill corals too in the same way as microplastic? Learn more about this topic by reading what the safe and harmul ingredients in sunscreen are!

We must handle the ocean plastic pollution as an urgent matter. Sadly, many people including authorities think the ocean garbage patches are in the middle of nowhere so there is no need to take care. But in fact, we are affected more than we think. As we poison the ocean, we poison ourselves in an indirect way. It is proven that most fish we eat contains microplastic.

According to researches, an average person eats 70.000 microplastic parts per year. Microplastic and other toxic parts get into the whole food chain and water supply system causing illness and increasing the risk of diseases. The health threats of water pollutions are diverse.

How to stop plastic pollution in the ocean?

We must admit that our society can’t handle the huge amount of litter anymore and the water pollution is a bigger problem than we expected. Instead of the costly garbage removal from the environment, we need to urge prevention by reducing the amount we use. Luckily, governmental and public efforts started to become more common by raising awareness and developing recycling processes.

But don’t think that only big companies should take responsibility! Us, humans can make a huge difference with our everyday decisions. With a little care, we can dramatically reduce the plastic we use and help the environment.

Be the change you want to see in the world, learn about recycling, collect trash while walking on the beach or swimming in the water, participate in clean-ups. Make this world a better place!