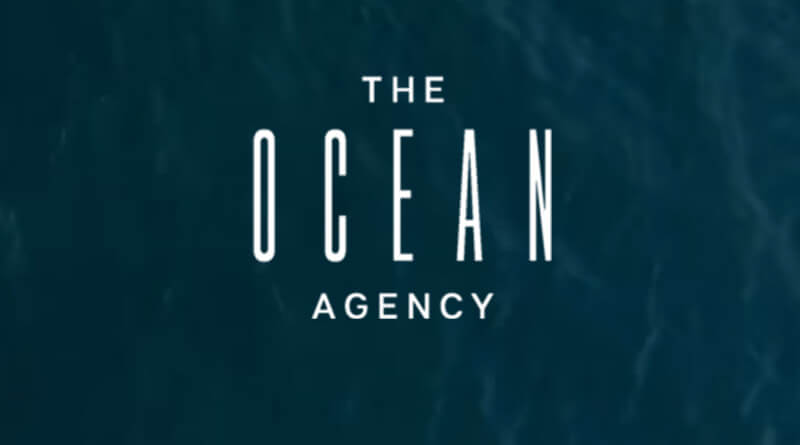 The Ocean Agency redefined the way of raising awareness to coral reef conservation. There are many organizations all over the world that are doing a great job locally but unfortunately, their efforts and results don’t reach greater publicity. In these days, when saving the world’s coral reefs is more urgent than ever before, The Ocean Agency creative team of scientists, underwater photographers, and ocean-minded people are here to change the game with fantastic imagery and the power of social media.

Mission of The Ocean Agency

“To be an accelerant for ocean science and conservation”

The Ocean Agency (theocean.agency) is a small team with big ideas and even bigger partners, who dedicated themselves to work for the ocean. The Ocean Agency set a mission to reach out people all over the world using the latest technologies like virtual reality, collaborating the biggest companies, governments, organizations and delivering the message through powerful media. Working with renowned organizations like NOAA, UN Environment and ICRI International Coral Reef Initiative, working with professionals with strong science and communication background, The Ocean Agency non-profit organization presents a creative and powerful way of raising awareness to the ocean’s greatest issues.

This non-profit agency runs several amazing projects that -thanks to the internet- make a global impact drawing attention to the importance of coral reef conservation all over the world. I am sure you already heard about some of them (like Netflix Original Documentary Chasing Coral) probably without knowing who is behind the scenes. Let us mention a few of the biggest projects of The Ocean Agency:

The panoramic images created by The Ocean Agency’s XL Catlin Seaview Survey project are available through Google Underwater Streetview. These images help scientists’ work and hopefully with their appearance on Google Maps will inspire more and more people to discover the ocean, as well as to take actions to protect it.

Thanks to The Ocean Agency and Google partnership, through the Catlin Seaview Survey panoramic images you can dive the world best coral reefs from home or from your office too. Explore the underwater heaven of Raja Ampat and American Samoa, swim with seals in the Galapagos or with turtles at Lady Elliott Island, and take a Great Barrier Reef virtual dive using your smartphone and VR Goggles. Virtual scuba diving is not only a fun way of spending the time but also a great educational experience for kids or for those who never saw how beautiful the ocean is. Thanks to the collaboration with Google, The Ocean Agency offers virtual underwater trips to classrooms using Google Earth, Google Cardboards and Google Expeditions that revolutionize education.

A team of scientists, divers, and underwater photographers are on the mission to document worldwide coral bleaching and draw attention to the importance of coral reef conservation. Netflix Original Documentary Chasing Coral was filmed over 3 years in 30 countries with the support of more than 500 people all over the world. It became today’s most powerful documentary about the ocean and coral bleaching. If you haven’t watched this adventure packed documentary yet, make sure to do it as soon as possible!

International Year Of the Reef IYOR2018

The IYOR218 International Year of the Reef is a worldwide program with the aim of building awareness about the importance, the value of the reefs, threats, and coral reef conservation. The campaign runs all year long with different activities like conferences, workshops, exhibitions or beach clean-ups. All individuals are welcome to join and help IYOR2018. The Ocean Agency, as the official coordinator appointed by the French government is planning to make International Year of The Reef 2018 a remarkable one working with the film industry’s leaders.

The Ocean Agency’s latest project, The Coral Reef Image Bank was launched with the aim of raising awareness of coral reef conservation offering free-to-download media quality photos. Several images were taken as part of the XL Catlin Survey available for non-commercial use as well as amazing photos from underwater photographers all around the world in various topics.

As part of giving back to the ocean community, Snorkel Around The World also donated several shots from our underwater photography portfolio to @theoceanagency’s Coral Reef Image Bank. Free to download, in hope of saving coral reefs. Browse, download, and share fantastic images, as well as give them a follow! They have exciting future projects coming!