Home » Blog » The 10 Best coral reefs around the world 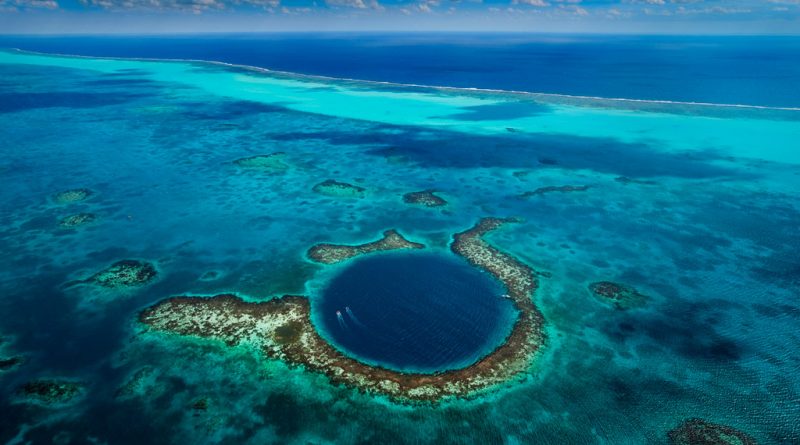 Our 10 best coral reefs around the world list will give you snorkeling holiday ideas when in doubt where to travel next time for vibrant underwater life. Are you ready for this journey? Sit back while we guide you to the top diving and snorkeling spots of the planet!

Tuvalu is a small coral island in the Pacific Ocean between Hawaii and Australia, the second smallest independent state of the world. Its capital, Funafuti, is a very small coral reef, being only 400 m wide on the widest and 20 m on the smallest point. Funafuti is a remote destination and could be a little bit boring for tourists that seek for cultural adventures, but a paradise for nature lovers!

This remote paradise became famous for nuclear bomb tests carried out in the area between 1946 and 1958. The US dropped altogether 23 bombs on it and the island was officially declared as a nuclear wasteland. But in spite of the impact that these bombs left on nature, Bikini Atoll is still one of the best coral reefs on the world.

The abundance of the underwater life with big shoals of fish and enormous coral formations surprised marine biologists too. Fun fact is that the swimsuit “Bikini” got the name about this island in 1946. The first modern bikini was presented in France by Louis Reard who named it “Bikini” because he said this swimsuit will cause a big explosion on the market as the nuclear bombs caused on the Bikini Atoll. And he was so right!

The Tubbataha Reef in the Philippines is a natural park in the Sulu Sea. The park consists of the North and the South Reefs and is separated by a deep 8 km wide channel. Tubbataha Reef is a World Heritage site thanks to the very high density of species and became one of the New 7 Wonders of Nature. These pristine reefs are part of the Coral Triangle.

The Maldives (officially the Republic of Maldives) consists of a double chain of 26 atolls in the Indian Ocean and features the best coral reefs on the world. Altogether the Maldives consists of 1192 coral islands on the total area of more than 90.000 square kilometers! It is the lowest country in the world, the average ground level is only 1,5 m. Therefore the islands are strongly affected by sea level rise. The government tries to take serious actions, for example, announced becoming a carbon-neutral country by 2019.

Turtle, reef shark and rays sightings are guaranteed all over the Maldives. On the top of this you might have spot manta rays and whale sharks too! The Maldivian waters are home to more than 1100 tropical fish species, dolphins, 145 crab species, 48 shrimp species, 5 species of sea turtles. Circa 200 type of hard and soft corals can be found around the atolls. An interesting fact is, that 5 sponge species here displayed anti-tumor properties.

In spite of the dramatic coral bleaching in The Maldives that affected the corals several times over the past years, corals show signs of speedy recovery. Maldives snorkeling resorts still welcome a big number of visitors that return year-after-year to enjoy the underwater beauty. To see how the corals look like after these bleaching events check out our Biyadhoo Resort review with recently taken Maldives underwater photos!

The Great Hole in Belize is a 124 m deep circular submarine sinkhole. It was discovered by Jacques Cousteau. He said the Belize Great Blue Hole is one of the best coral reefs of the world and one of the 10 best dive sites of the planet. In 2012 the Discovery Channel ranked the Great Blue Hole as Nr 1 on the list of “The 10 Most Amazing Places on Earth”.

Attractive marine life settled down on the hole’s ring creating rich coral reefs and providing feeding ground for a wide variety of fish. But not only in Belize you have a chance to discover this unique circular underwater formation, make sure to visit also the Blue Hole in Egypt!

Tikehau is part of the part of the Tuamotu Archipelago in French Polynesia. The atoll is located 340 km northeast of Tahiti in the Tuamotu Islands. Tikehau atoll’s oval-shaped lagoon is 27 km long and 19 km wide. The whole lagoon area is as big as Western Europe and surrounded by pristine coral reef.

Aitutaki is a triangular island that belongs to the Cook Islands in the Central-Southern Pacific Ocean. This small island is a hard-to-reach location meaning it is not too touristy yet and giving a guarantee for vibrant marine life.

It is a real paradise on earth for ocean-minded travelers and a top destination for honeymooners! The shallow lagoon provides feeding ground for turtles and rays. The barrier reef system that runs around the island is home to several coral and fish species.

The Caroline Island is an atoll in the central Pacific Ocean, in Micronesia (also known as Millennium or Beccisa Island). It is a crescent-shaped atoll, consists of 39 islets surrounding a narrow lagoon. The Kiribati government established a wildlife sanctuary in a 12 nautical mile zone. They banned fishing in order to preserve the beauty that makes Caroline Island one of the richest and best coral reefs in the world.

The area is home to one of the world’s largest coconut crab population. Moreover, it is an important breeding site for seabirds. Like the Maldives, Caroline Island is also facing problems due to rising sea level. According to studies it can be totally underwater by 2025.

Aldabra is the world’s second largest coral atoll after Kirimati atoll in the Indian Ocean being part of the Seychelles. It is an Unesco Marine World Heritage Site, and part of the Indian Ocean South East Asia turtle network. Thanks to its isolated location, the island is uninhabited and untouched by humans.

There is no question why Aldabra is on the best coral reefs list! The world’s largest Giant Tortoises population lives in this beautiful place with over 152.000 giant tortoises! Sir David Attenborough called Aldabra one of the wonders of the world. Moreover, often is it described as the crown jewel of the Indian Ocean.

Rangiroa, the endless lagoon! This elliptic shape atoll in The French Polynesia is about 355 km northwest of Tahiti. It consists of 415 islets and sandbars. Rangiroa form of complete system of the best coral reefs that seems to be like a pearl necklace on the water. Rangiora is famous for the pearl oysters that produce black pearls. These cultured pearls have a wide range of natural colours from white to dark grey. Pearl farming is the main activity for many families in the French Polynesia. The biggest pearl farm, the Gauguin’s Pearl farm on Rangiora provides a livelihood for many inhabitants. In the farm’s school the people can learn the pearling techniques and they have a research center too.

Rangiora is a popular destination by underwater lovers because of the diverse marine fauna. The most popular spots are the Blue Lagoon with its shallow water and the Tiputa Pass. The Blue Lagoon is nice for snorkeling while The Tiputa Pass is a diving site famous for observing sharks gather in the deep.